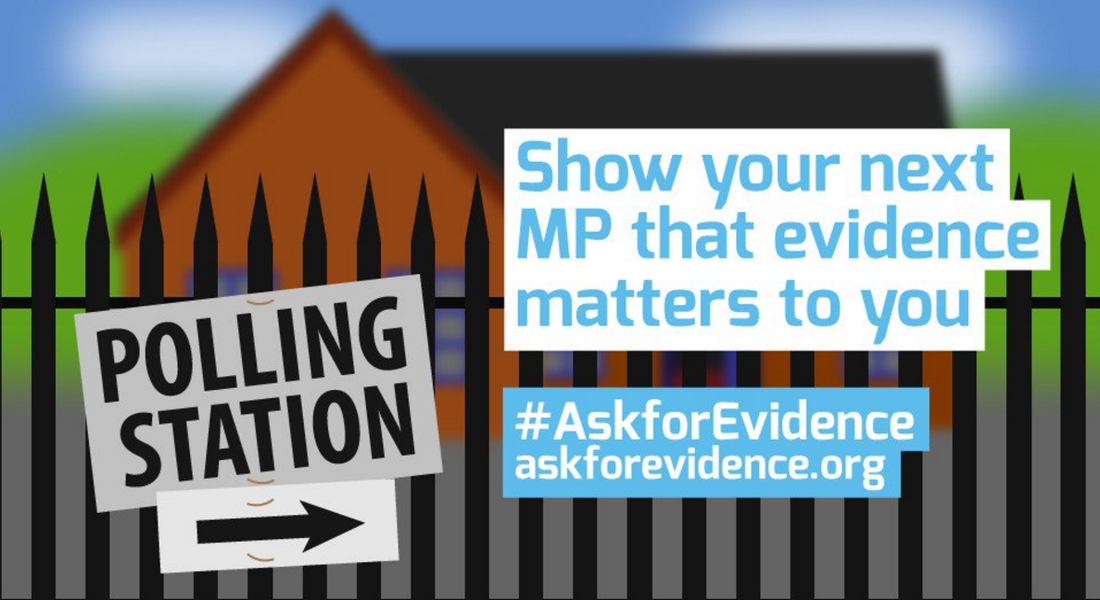 How to Ask your Next MP for Evidence

Show your next MP that you care about evidence

How to Ask your Next MP for Evidence

This will be an unusual election, and there’s a danger that candidates and parties will see backing up claims with evidence as less of a concern. But we can all help make sure this doesn’t happen. Show your next MP that you care about evidence by asking your local candidates for it. Here’s how to do it.

How to ask your next MP for Evidence

Right up until the ballot boxes close on Thursday 8th June we’re going to be hearing election candidates and political parties making claims about how they’ll change things for the better or how their policies have worked. But will these claims be properly taking evidence into account? We can make politicians accountable for the claims they make by asking them to show us what evidence they’ve considered.

Who will be my next MP?

We can’t tell you which of your local candidates are going to win... But you can find out who they are on whocanivotefor.co.uk, a crowdsourced list sorted by constituency. The list is continuously updated as more candidates declare whether or not they are running.

What claims are they making?

It is not going to be difficult to find out what election candidates are saying. In fact, they will be vying for our attention over the coming weeks in the local and national press, on social media and possibly even from your doorstep.

electionleaflets.org is another crowdsourced website which allows anyone to upload leaflets from local candidates and browse leaflets uploaded by others.

Political parties will also soon publish election manifestos to set out what they plan to do if they form the next government.

How do I ask for evidence?

At the top of the page, click Ask for Evidence and fill out the simple form with that claim you’ve seen and who’s made it.

You’ll need to find an email address for the person you’re asking for evidence. You’ll find most candidates’ details at whocanivotefor.co.uk or they’ll likely be reachable on Twitter - it’s often the quickest way to get a response. You can find helpful contact information at theyworkforyou.com

Read our guide to asking for more suggestions on what sorts of questions you can ask. Please don’t forget to let us know how you get on.